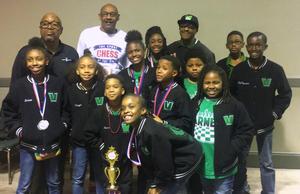 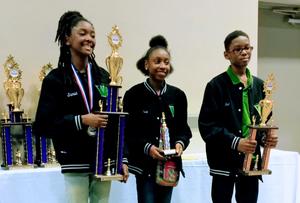 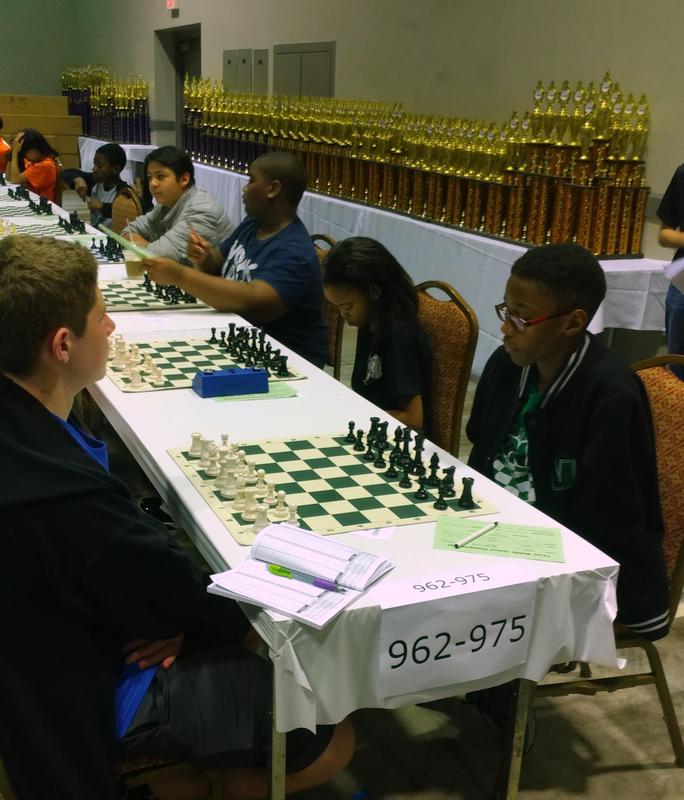 Varnett's Southeast chess club continues to make strides.
In statewide competition at the Houston Marriott Westchase March 8-10, the elementary school team earned a fifth-place trophy out of 69 schools and the middle school club placed fifth out of 54 schools.
The results at the 2019 Texas Scholastic Chess Championships illustrate that Southeast's reputation continues to grow after strong showings in previous regional competition. In September, Southeast finished first among 25 schools and 170 students. And in January, Varnett earned the prestigious honor of hosting a tournament involving 42 schools and 100 participants. The team placed third in that event.
Click here for more photos
In the most recent tournament, Southeast had eight students in the elementary division and five in the middle school division.
Here's a look at the individual honors:
Elementary School Novice Division:
Middle School Novice Division:
"Like" us on Facebook and follow us on Twitter and Instagram!
Next up is the National Junior High Chess Championships April 25-28 in Grapevine, which is in the Dallas-Fort Worth area.
"This will be our first time ever in the nationals," said Mr. Richard Burton, a team coach. "The competition will be fierce. We'll face the best of the best from all over. We're going to be ready."
Published March 18, 2019 Print