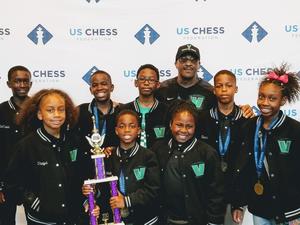 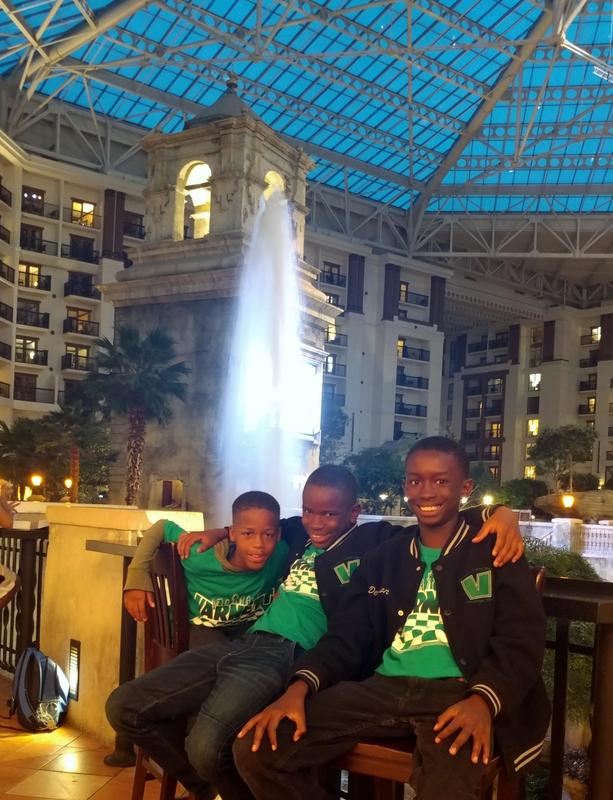 The gathering in Grapevine was more than about chess
Varnett’s burgeoning chess team is making some national noise.
The Southeast campus representatives finished in the top 10, placing ninth out of 44 teams in its division over the weekend. The 2019 National Junior High (K-9) Championship took place at the Gaylord Texan Resort & Convention Center at Grapevine, Texas.
The tournament that attracted roughly 400 schools and 3,500 competitors from all over the United States was more than about chess. The Southeast students were exposed to plush convention center surroundings as well as to students from different backgrounds and cultures. The Southeast students and some of their counterparts “played chess, ate, drank and laughed with one another,” said Mr. Richard Burton, the team coach.
“I want our kids to be exposed to this kind of environment on a daily basis,” Mr. Burton added. “I definitely remember the victories, team trophy and my kids having the time of their lives. However, this story about our new chess family will resonate with me forever.”
Click here for all photos
In individual honors, seventh-grader DeTrevion Jerome and sixth-grader Darren Nixon earned honorable mention with five wins each. Kenyan Navarre, Curtis Johnson and Joel Eugene-Onyejiaka registered four wins each and Isaiah Johnson had three wins in a different division.
The teams came from everywhere: New York, California, Michigan, Tennessee, Georgia, Maine, New Jersey, Wisconsin, Minnesota and elsewhere including, of course, Texas.
“This is the beginning of a great relationship,” said Mr. Lonnie Reynolds, Varnett's athletic director.
For his part, DeTrevion said he welcomed the competition and camaraderie. “I liked how challenging the chess games were and I learned from my mistakes,” he said. “They were really good.”
Published April 30, 2019 Print