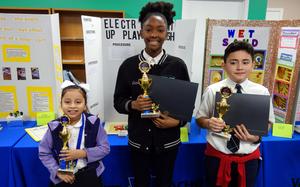 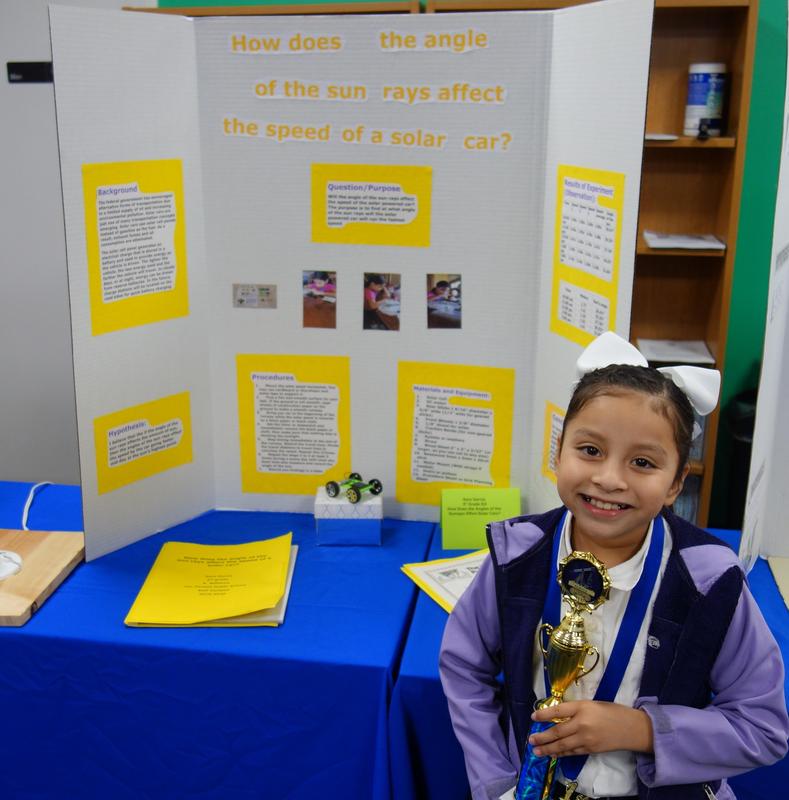 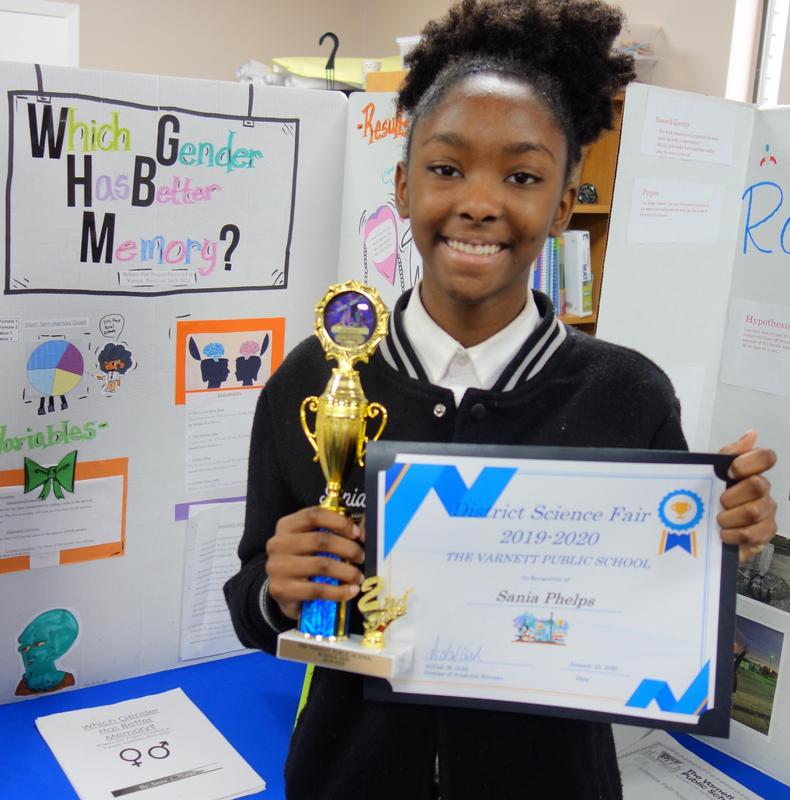 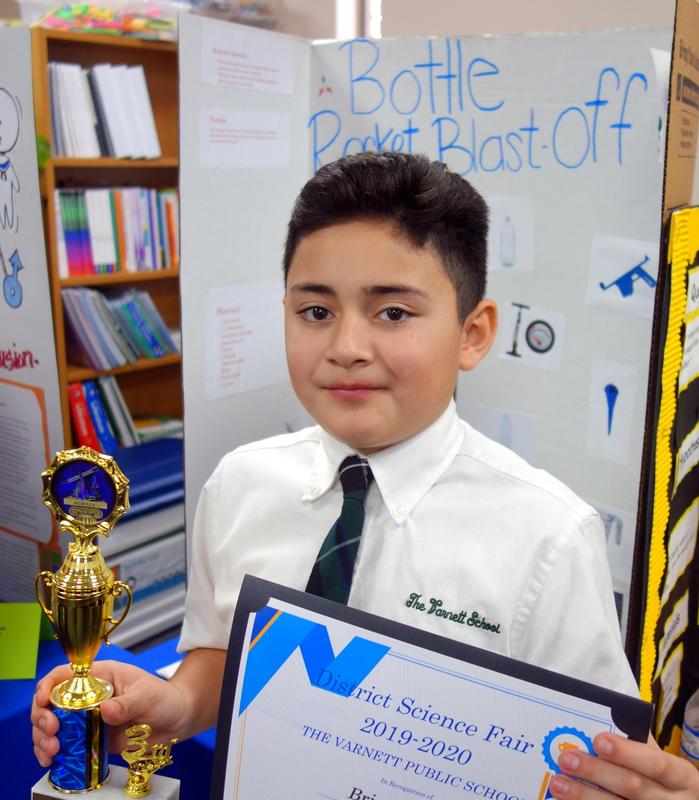 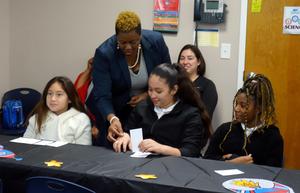 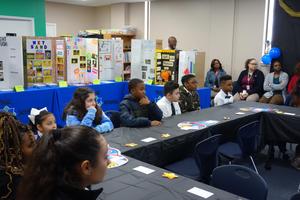 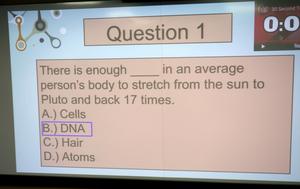 All participants honored for exhibits, experiments and interest in science
Sara Garcia, an East campus fifth-grader, captured a first-place trophy for her exhibit in a districtwide science fair that featured participants from all Varnett campuses.
The announcement was made Thursday at the Varnett Administration Annex where exhibits from all 12 student finalists were on display. The event was attended by Varnett Superintendent Dr. Margaret Stroud, the students themselves, parents, administrators and teachers.
Southeast campus fifth-grader Sania Phelps earned the second-place trophy and East campus sixth-grader Brian Chacon was awarded the third-place trophy. However, all students and their work were celebrated.
The first-of-its-kind districtwide fair was designed to emphasize the importance of science and to salute those students who put in the hard work to showcase their knowledge and skills in the science field.
"This represents the upper echelons of The Varnett Public Schools," Dr. Stroud said.
Dr. Stroud praises finalists and parents, touts the importance of science (Video)
Sara Garcia, top trophy winner, interviewed!
Learn and practice science through Science Buddies, including STEM activities
Click here for more photos
Sara's scientific experiment asked the question, "how does the angle of the sun affect the speed of a solar car?" Sania asked, "which gender has better memory?" and Brian's experiment focused on "bottle rocket blast-off."
The science fair judging rubric was as follows:
"There's a lot of brainpower in this room," Dr. Stroud said. In praising the students' work, she added: "We need scientists in order for the world to continue to exist and we especially need scientists in our populations of color. Your brains are powerful."
The science fair was coordinated by Ms. Wanetta Jones-Allen, the district teacher of the Accelerated Bridge Program, and Ms. Bianca Whitaker, middle school content specialist for science.
Top photo, from left, Sara Garcia, Sania Phelps and Brian Chacon
The names of the finalists are listed below
Published January 23, 2020 Print