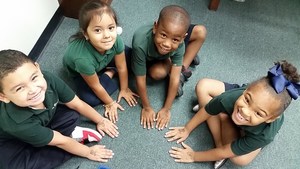 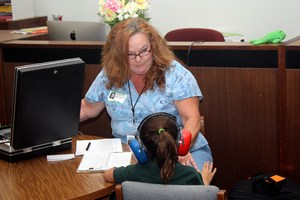 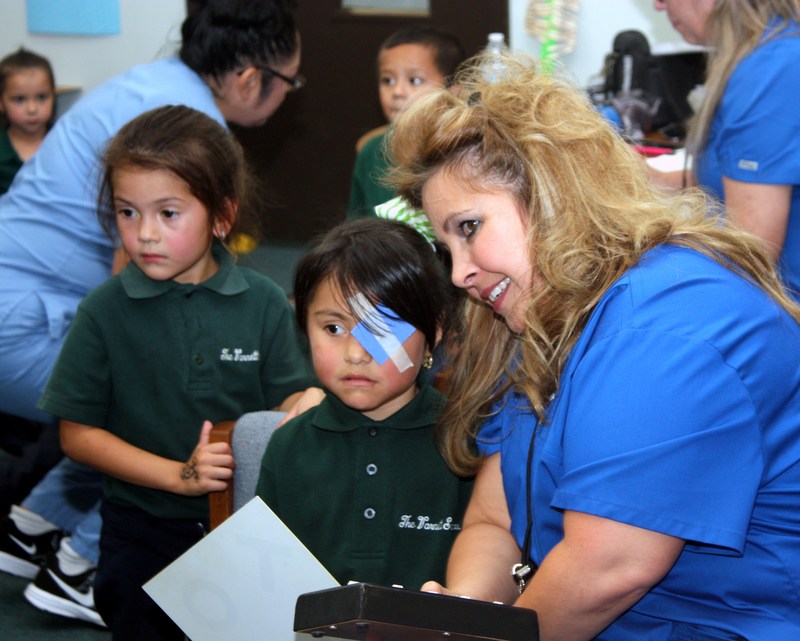 Students barely settled into their seats for  the start of the  school year  before being screened for hearing, vision and Type 2 diabetes.

Representatives of Pine Woods Screening Services appeared at East Campus last week, are working at Northeast this week and will appear at Southwest Sept. 8-11.

“We have signs up everywhere,” said Ms. Allen, the nurse at Southwest.

The free screening occurs twice a year. Students who missed the screening this time around will have another chance when Pine Woods appears again later in the school year.

State law requires that all children enrolled for the first time in school or licensed facilities - or who meet certain grade criteria - must be screened or have a professional examination for possible vision and hearing problems.

The screening applies to 4-year-olds in PreK, kindergartners, first-, third-, and fifth graders and for new students entering second and fourth grades. Pine Woods will return to Varnett later in the school year to screen those who missed testing the first time.

Parents are notified if their children do not pass the test and are encouraged to seek further testing or remediation.

The screening applies to 4-year-olds in PreK, kindergartners, first-, third-, and fifth graders and for new students entering second and fourth grades.

Pine Woods also screens for Type 2 diabetes by checking the back of the neck for a condition in which the skin thickens and darkens in places. Acanthosis nigricans may be a sign of a more serious condition such as pre-diabetes, according to the healthline website. The most effective treatments focus on finding and resolving medical conditions at the root of the problem.

Students had their hands stamped to show that they completed the testing.