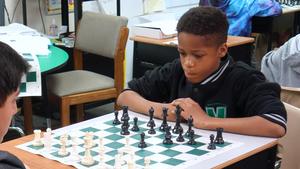 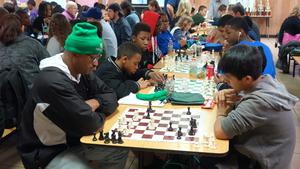 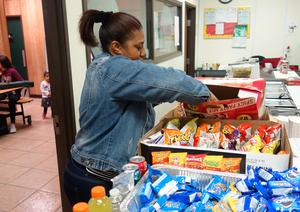 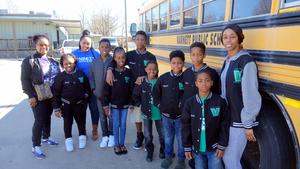 Mr. Richard Burton, one of two chess coaches at Southeast, talks about the first-of-its-kind event. (Video)
The Varnett Public School Saturday hosted its first annual chess tournament, which attracted 42 schools and about 100 participants from throughout the city. Varnett's representative, members of the Southeast campus, placed third as a team. Fifth-grader Kenyan Navarre won three games, finishing with a third-place trophy in individual honors. It was a festive affair as Varnett staffers served food and drinks to the gathering at the Southwest campus. Varnett Superintendent Margaret Stroud dropped in for the day-long tournament.
The chess matches were conducted in Southwest classrooms while the cafeteria was where parents waited and students practiced.
Published January 15, 2019 Print