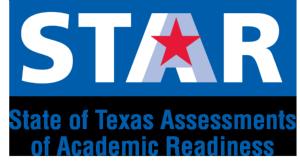 Varnett is on the move!
The Houston charter school district and each of its three campuses met and exceeded accountability standards in student achievement, student progress and in closing performance gaps, according to results from the State of Texas Assessments of Academic Readiness (STAAR®) tests.

The 2013 accountability summary was officially released Thursday by the Texas Education Agency and campus directors and administrators had a brief celebration when they heard the news. “This speaks to the commitment of excellence by our staff, parents and the students themselves who put in the hard work to make this achievement possible,” Dr. M. Annette Cluff, the district’s superintendent, said Thursday.
The STAAR results continue a trend of student achievement at Varnett.  In 2012, Varnett was named among only 28 percent of districts statewide to meet tough academic standards as defined by the federal No Child Left Behind Act. And recently, the TEA designated Southwest PreK as a “PreK Center of Excellence” in recognition of preparing students for kindergarten. Finally, kindergartners through second grade students posted the highest Stanford scores ever at Varnett. The Stanford tests measure academic knowledge of elementary and secondary school students.
In the STAAR testing, the district posted performance index scores of 76 in student achievement, 43 in student progress and 77 in closing the performance gaps involving economically disadvantaged students. The target scores were 50, 43 and 55, respectively. In addition, the Southwest and East campuses earned “distinction designations”  in the areas of reading, math, science and writing.
This is the first time Texas school districts are judged based on the tougher standards as determined by the STAAR tests, which were administered last year to third through fifth graders. “The release of these assessments should assist students, parents, teachers and district administrators in understanding the depth and breadth of content and skills assessed on STAAR and the level of performance required for student success on each assessment,"  TEA Commissioner Michael L. Williams said in a prepared statement.
Under the rating system, school districts and individual schools were designated “met standard” or “improvement required,” in a system that replaced more distinct categories such as exemplary, recognized, acceptable and unacceptable. The latter standard is expected to return for individual schools by 2016-17, while districts will be given grades ranging from A to F.
Overall, the ratings released Thursday reveal that nearly 93 percent of school districts and charters across Texas have achieved the rating of "met standard."
For individual campuses, the target scores were 50 in student achievement, 30 in student progress and 55 in closing performance gaps. Southwest scored 79, 46 and 81, respectively; East 95, 54 and 98 and Northeast 67, 35 and 67.
“Varnett continues to show excellence,”  Dr. Cluff said.  “We want to thank the parents for their commitment in supporting the education of their children."
2013 Accountability Ratings