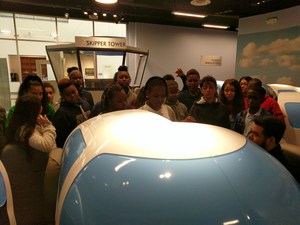 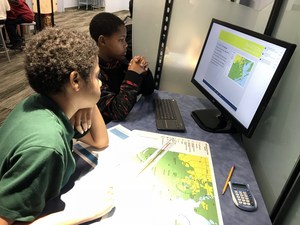 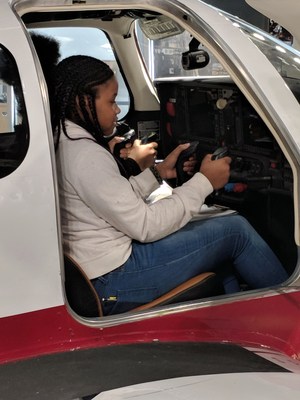 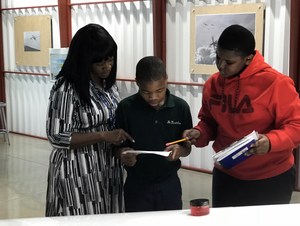 Welcome to the Aerospace Academy!

The academy will expand next school year to include students in grades 6-8.

“Our mission is to prepare and inspire the next generation of skilled professionals for aviation and aerospace careers while promoting STEAM-based education,” said Dr. Lakeisha Hamilton, the district’s curriculum and instruction officer. STEAM (Science, Technology, Engineering, the Arts and Mathematics) will be incorporated into the overall Aerospace Academy curriculum, Dr. Hamilton said.

The goals of the current sixth-grade aerospace academy are to improve student achievement in the following ways:

The 98 students who visited the flight museum on Feb. 16 engaged in hands-on experiments and were quizzed on what they learned. Subsequent visits to the museum will include seventh-graders and will occur on March 23, April 20 and May 11.

Oswaldo Garcia, a 12-year-old sixth grader at The Varnett School East, said he wanted to be a video game creator when he grows up. That was before he took the flight museum tour. Now, he says, he wants to be a commercial airline pilot, even though he has never traveled by plane before.

One of the exercises during the visit was to make a paper airplane. “They told us how to make it and mine flew about 10 feet,” Oswaldo said. “It was cool.”

Working with paper airplanes gives students the chance to explore, design, redesign and even do independent study, according to the Aviation for Kids website. The use of paper airplanes is believed to have originated 2,000 years ago in China.

Some of the activities that will be focused on in the Aerospace Academy include: